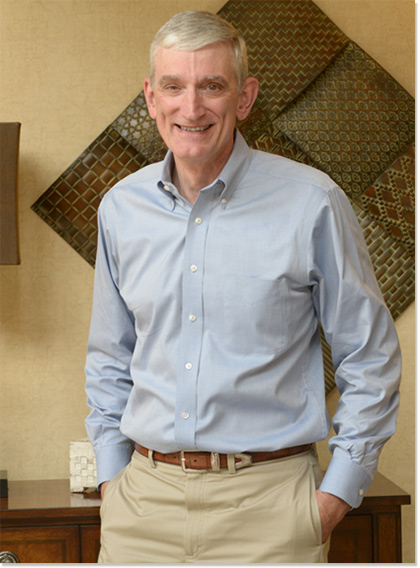 Bob has a Bachelor's Degree Business Administration and a Master's Degree in Hospital and Health Administration. He has been a Licensed Nursing Home Administrator since 1981. Bob joined the family business in 1986 as the Administrator of the nursing facility. His responsibilities include long-range planning, fiscal and service management, and facility development. 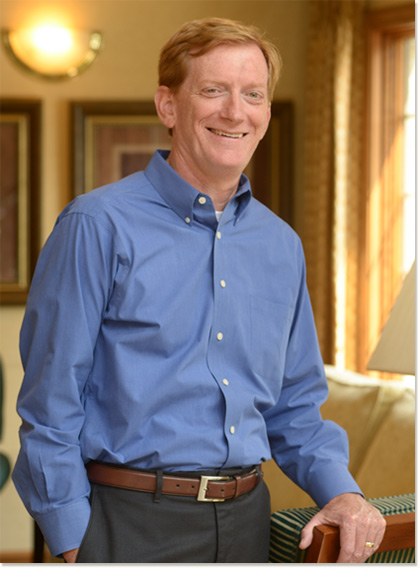 Thomas has a Bachelor's Degree in Rhetoric Communication, and has an extensive food industry background. He is responsible for the overall operation of Park Village, including maintaining and improving the standards which have been in place for over 60 years. After a 12-year career with Bob Evans Restaurants, Thomas returned home to join his family's business in 1997. 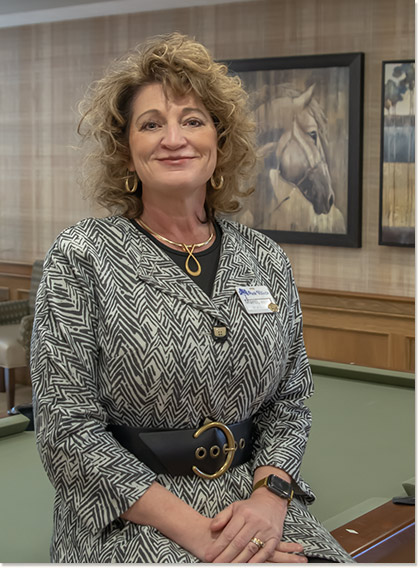 Marci has a Bachelor's Degree in Nursing Science and is licensed in the State of Ohio as a Nursing Home Administrator. She is responsible for overseeing the day-to-day operations and collaborating with management staff to promote resident care. Marci has been in long-term health care for 25 years. She began her career at Park Village in 1998 as a Charge Nurse, and has grown within the organization to her current role as VP of Nursing. 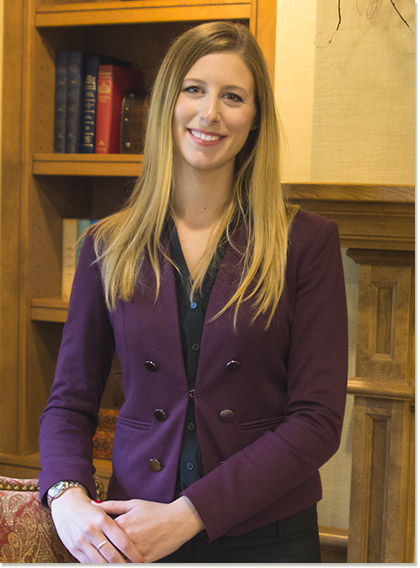 Abby has a Bachelor's Degree in Business Management and a Master's of Business Administration in Healthcare Management. Abby began her career with Park Village through an Administrator in Training Internship Program in early 2016 which she fulfilled at Park Village's Dover Campus. She is licensed in the State of Ohio as a Nursing Home Administrator and has been overseeing the day-to-day operations of the Southside campus since it opened in November of 2016. 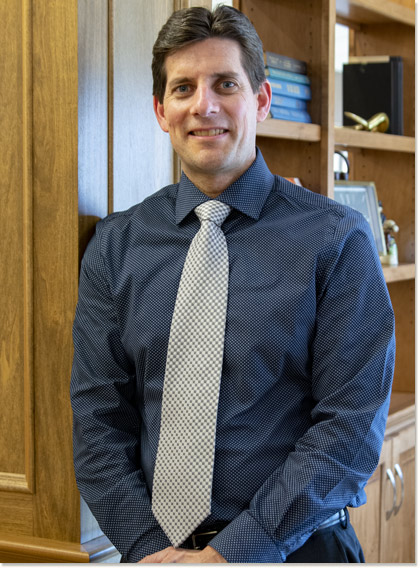 Mike has a Bachelor's of Science Degree in Gerontology with a concentration in Long-Term-Care Administration. He has been a Licensed Nursing Home Administrator since 1995. He is responsible for overseeing the day-to-day operations and collaborating with management staff to promote resident care. Mike is a "difference maker" by being hands-on with all departments and developing/fostering personal relationships with residents and families. "Shining bright" and "Leading with his heart" are seen by all. 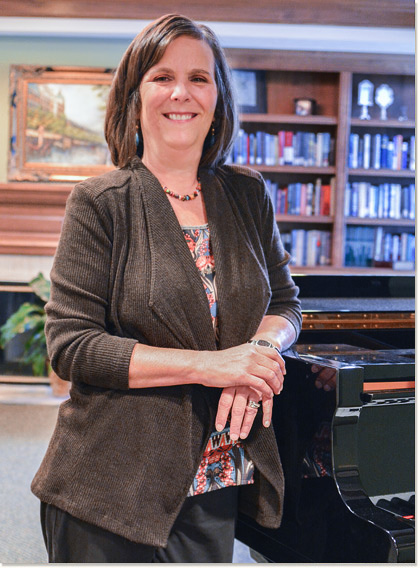 Diana has an Associate’s Degree in Nursing and has dedicated her career to Long-Term Care. She is responsible for managing the nursing staff and working closely with the physicians to ensure quality resident care and satisfaction. Diana began her career at Park Village in 2005 as an STNA while completing her nursing degree. After obtaining her RN license, Diana continued to grow within the organization with roles including Charge Nurse, Director of Rehab Services, and now, Director of Nursing. 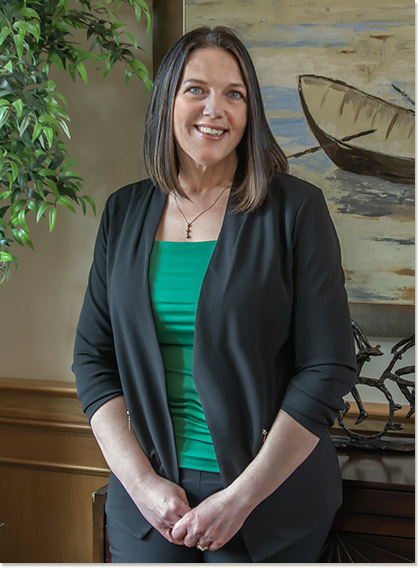 Michelle graduated in 2002 from Kent State with an Associate's Degree in Nursing. She joined the Park Village team in 2017, bringing 14 years of management experience. Michelle began her career at Park Village as a charge nurse. She advanced in her roles as the Restorative/Rehab Nurse, Wound Nurse, Discharge Nurse and Social Services before taking on her current role as Director of Nursing at our New Philadelphia Campus. Her responsibilities include coordinating care with the facility's physicians and managing staff within the nursing department to promote high-quality care for our residents. 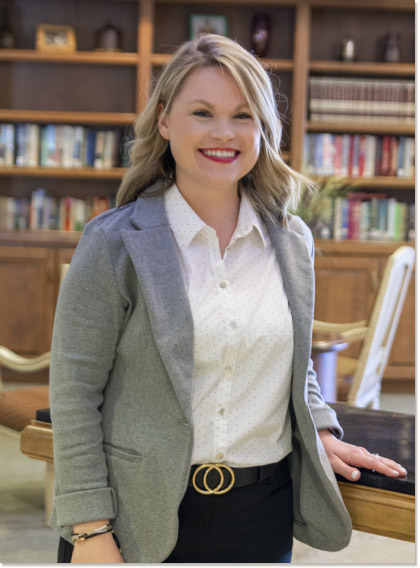 A lifelong resident of Tuscarawas County, Courtney is a 2010 graduate of Kent State University with a Bachelor's of Science degree in Healthcare Administration. Courtney brings to Park Village 10 years of experience in the long-term care setting as an advocate for older adults. It has always been her passion and desire to ensure the very best is being provided to the residents she serves. As being a part of the Tuscarawas County community, family relationships have also been dear to her heart, and being the director of social services allows her to truly connect and bring peace of mind to the families of Park Village. While Courtney will have a variety of roles, her main focus will be assisting all new residents and their families with the transition to Park Village, coordinating the discharge process back home, and providing a resident and family support system to ensure quality of life and family relationships thrive. 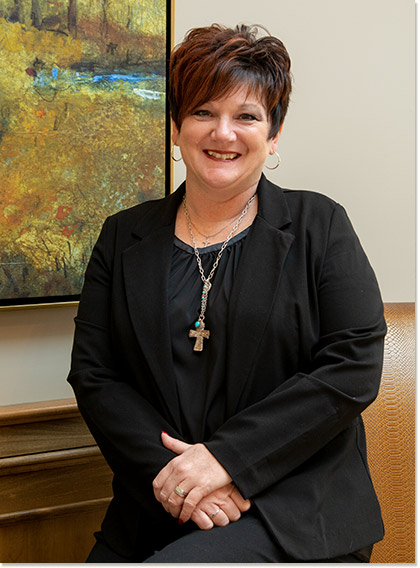 Penny has been a member of the Park Village team since 2017. She has 18 years' experience in long-term healthcare management. Penny's roles include guiding families from our community through the transition of admissions. She also assists with insurance, Medicaid and Medicare questions, along with the process for Medicaid waiver for our assisted living residents. 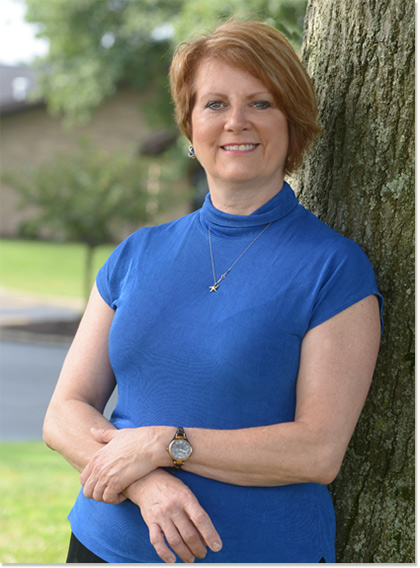 Jayne is the full-time Director of Rehabilitation and Therapy Services, working exclusively with Park Village Health Care. Since she began her career in the field in 1984, she has earned an impeccable reputation for careful and caring services throughout Tuscarawas County.

Over the years, Jayne has earned a solid reputation for her professionalism and compassionate care throughout Tuscarawas County. She is highly respected for creating and administering evidence-based rehabilitation and therapy programs for residents in many area long-term care facilities, including Park Village. 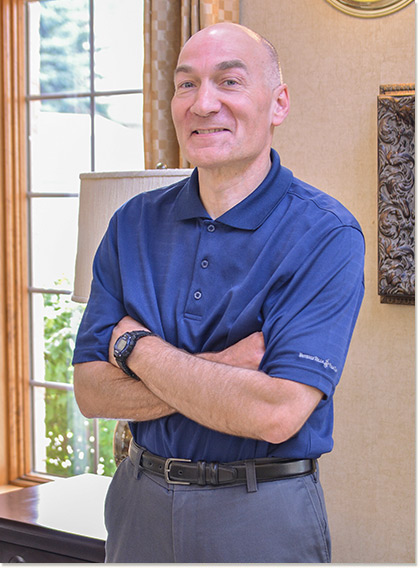 Jeff is the Director of Human Resources and has a Bachelor's Degree from St. Thomas University. He is responsible for the hiring and training of all new employees. He also oversees the administration of compensation and benefits to all employees. Jeff had previously worked at Marlite in Dover in project management.

History Rates Personnel FAQ Employment Opportunities Contact Us
Questions about Insurance and Medical Coverage? Let us do the Work. Contact Courtney Skaer Now Sure you are comparing Apples to Apples? Check our rates